Obligations of Qatar towards foreign investors

A state of necessity is a circumstance that precludes wrongfulness of conduct that would otherwise be in violation of international obligations of a State signatory to a respective treaty.

In other words, it is a circumstance in which a State is left with a single course of action to protect its interest from an imminent peril, and in which case sacrificing the interest of another party (i.e. an investor or state) is justified.

In the human rights context, it is well established that countries in a serious crisis, requiring the introduction of extraordinary measures, could derogate form their obligations under different human rights instruments. Unlike limitation, which is normally previewed and used during the permanent enjoyment of rights, derogation allows a temporary suspension of rights in extraordinary cases. This is admitted under art. 4 (1) of the International Covenant on Civil and Political Rights (“ICCPR”)[1], as well as s on a regional level[2]: in art.27 (1)[3] of the American Convention; art. 15 (1)[4]of the European Convection; art. 20 of the European social charter of 1961[5]. 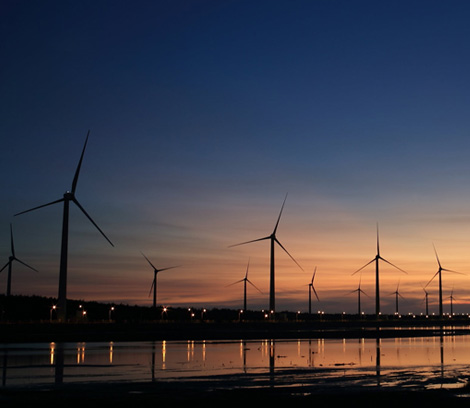 Concerning the condition of exceptional threat, it is said by the Human Rights Committee that within the meaning of art. 4(1) “not every disturbance or catastrophe qualifies as a public emergency which threatens the life of the nation”[6]. The Committee makes it clear that, irrespective of whether derogation according to art. 4(1) is invoked in an armed conflict or some other type of crisis, the situation must be so serious as to constitute “a threat to the life of the nation”.  There should be an imminent danger affecting the survival of the very nation that must be in jeopardy in order to qualify the events facing a member State as a public emergency.

Therefore, “no one crisis situation automatically justifies the declaration of a public emergency and derogations from a State’s obligations under the Covenant” and situations like “simple riots or internal disturbances do not, per se, justify the resort to derogations under art. 4(1) of the Covenant”[7]. A similar interpretation was confirmed by the European court of human right in Lawless[8].

In this regard, the Committee advocates that derogations are unjustified by provisions which are “too broad and that the extraordinary powers of the President in an emergency are too sweeping”. Furthermore, it insists that states of emergency should not become a permanent[9] or quasi-permanent part[10]of a country’s internal legal system. In other words, the emergency legislation cannot therefore remain in force for so long that it becomes institutionalized so that it is the rule rather than the exception.

Thus, any provision which authorizes derogations from human rights obligations in “too broad provisions” without clearly specifying the emergency situation(s) that are considered serious and that may constitute a threat to the life of the nation will not be consistent with art. 4(1) of ICCPR.

In the international treaties that Qatar has ratified, Qatar provides investors whose investments suffer losses due to any armed conflict, revolution or similar state of emergency in its territory treatment no less favourable than that accorded to investors of any third country.

On a multilateral scale, Qatar is signatory to inter-GCC and international treaties. Article 9 of the Unified Agreement on the Investment of Arab Capital in the Arab State of 1980, for example, states that in the case of investments by the Arab investor lost in the territory of the host country as a result of a war or national emergency, the host country shall grant the Arab investor treatment no less favourable than that granted to investors or a third party, whichever is better.

We see that Qatar recognizes states of emergency under international treaties it is signatory and grants protection to investors’ rights. Deductively, as confirmed by the International Court of Justice in the Gabčíkovo-Nagymaros Project case, a state of necessity defence does not diminish an obligation in international treaties.[11] Rather, if a state of necessity defence is justified, it merely excuses non-performance by a State until the exceptional circumstance subsists.

Recently, in the case of Continental Casualty Company v. The Argentine Republic, the International Centre for Settlement of Investment Disputes addressed necessity for the maintenance of public order and security as noted in the BIT between the United States and Argentina[12] which states in its Article XI that:

“This Treaty shall not preclude the application by either Party of measures necessary for the maintenance of public order, the fulfilment of its obligations with respect to maintenance or restoration of international peace or security, or the Protection of its own essential security interests.”

Argentina denied wrongfulness and liability regarding economic measures that the Government imposed in the period of 2000 to 2002, which included freezing bank deposits, prohibiting transfer of funds, limiting convertibility of US dollars to other currencies, and inter alia rescheduling Government debts.

Argentina’s defence in the Continental case was based on Article XI, as noted above. The tribunal found that the treaty does not become inseparable from the customary law standards insofar as to the conditions for the operation of the state of necessity are concerned. [13]

In the case of Qatar, we see a similar provision in the 2001 Qatar-Turkey BIT whereby Article VII states that “This Agreement shall not preclude the application by either Contracting Party of measures necessary for the maintenance of public order and morals, the fulfilment of its obligations with respect to the maintenance or restoration of international peace or security, or the protection of its own essential security interests”.

The 1989 case of Wintershall et al v Qatar was in relation to an EPSA commencing in 1973 with a 30-year term, and an 8-year deadline to find crude oil. The Government of Qatar granted to Wintershall AG, in conjunction with four other foreign entities, the claimants, the exclusive right to explore, drill, and produce petroleum in a designated offshore area of Qatar. The EPSA also included the right to store, transport and export petroleum and sell petroleum in Qatar.

The claimants were not allowed access to parts of the contract area due to a boundary dispute that was on-going at the time with Bahrain. After the 8-year period had ended, the Government of the State of Qatar terminated the contract as the claimants had not found any crude oil.

The claimants argued that the State of Qatar had breached its contractual obligations, and expropriated the claimants’ economic interest and contractual rights by not permitting them access to the contract area that was in dispute with Bahrain. The claims were based on a general argument of unjust enrichment in that Qatar had continued receiving payments by the claimants under the EPSA without granting access to the disputed contract area.

It is worth noting that the area that was in dispute was the area most likely to have contained crude oil.

The arbitration was governed by UNICTRAL Arbitration Rules of 1976. Although not the core defence, under the ambit of necessity in light of the dispute with Bahrain, the Qatari Government had restricted access to the contract area subject of the dispute. The tribunal (applying Qatari law in addition to internal public law due to lack of governing law in contract) found that the Qatari Government had acted in good faith.

So if a State if faced with a crisis but does not want to violate its investment treaty obligations, how does it deter adding coal to the fire?

A process of due diligence would require addressing (i) duties of the State, (ii) the legal maxim of ad impossibilia nemo tenetur (nobody is held to the impossible), and (iii) upholding a standard of good governance.

Secondly, the minimum threshold is for the State to fulfil all necessary steps to prevent detriment to an investor. However, the legal maxim of ad impossibilia nemo tenetur in the context of investment treaties implies that the State is expected to take action particular to the circumstance, but cannot be expected to perform the impossible.

Finally, an investor may argue that a State had not conducted good governance to protect their investment. This is generally the responsibility to provide full protection and security. For example, in the case of Tecmed v Mexico, the claimant argued that the Mexican Government failed to stop protests and demonstrations that disturbed the claimant’s investment. The tribunal did not find evidence that the Mexican Government had not acted “reasonably, in accordance with the parameters inherent in a democratic State”.[15] In Pantechniki v Albania, the claimant took the argument further in arguing that the State should not only stop any action that may harm its investment, but that it should deter such action before it commences.[16] The tribunal, however, found that the Albanian Government was powerless in the face of the events.

These are three proposed steps that must be taken into account by a State in its due diligence exercise before it takes legislative action that may be detriment to a foreign investor.