On September 8, 2021 Law No. 8 of 2021(“Amending Law”) came into effect amending several provisions of Law No. 11 of 2015 (“Companies Law”). Below is a summary of the amendments relating to public shareholding companies. 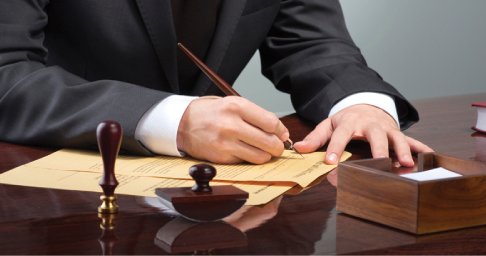 According to Article 98/bis as provided in the Amending Law, the chairman and other members of the board and the executive management are now required to disclose regularly to the general assembly their positions and/or their employment in other companies, whether held in their personal capacity or as legal representatives of corporate entities. Furthermore, now it is prohibited for any single person to simultaneously occupy the position of the chairman and an executive position in a public shareholding company.

Pursuant to amended Article 103 the chairman of the board now has the right to delegate his powers to members of the executive management, in addition to other members of the board as previously set out in the Companies Law. According to the Amending Law this delegation can only be effective for a specific period and for a particular subject matter.

The Amending Law introduced another new requirement in Article 107/bis that the board of directors of companies listed on the Qatar Stock Exchange are required to form an audit committee from the members of the board.

According to amended Article 109 the chairman, members of the board of directors and members of the executive management are obliged to disclose to the Board any interest, whether direct or indirect, in the transactions and deals involving the company.

Lastly, shareholders that file a claim on behalf of the company are now entitled, under Article 116(2) of the Amending Law, to be compensated for expenses and court fees if their claim is successful.

The General Assembly:
Pursuant to amended Article 119(2), the board of directors are allowed to receive a lump-sum payment even if the company did not make any profits for the financial year. Such payments are subject to the specific provisions of the company’s Articles of Association and the approval of the General Assembly. Article 119 further provides that the Ministry of Commerce and Industry (“Ministry”) shall have the right to set a limit for these lump-sum payments.

As per the Amending Law, General Assemblies themselves can now be held through the use of modern technologies. Furthermore, shareholders are allowed to vote electronically. Additionally, it is no longer a requirement to submit the General Assembly resolution to the Ministry.

The number of the company’s shareholders that are allowed to request the insertion of new matters to the agenda of the General Assembly meeting has been reduced to 5% instead of the previously stipulated 10%.

Article 133/bis provides that public shareholding companies are prohibited for a period of one year from entering into (i) any single transaction or (ii) multiple transactions to sell assets (including a transaction or multiple transactions the total price of which would be equal to 51% or more of the company’s market value or net assets in accordance with the latest financial statements declared, whichever is less, unless the consent of the extraordinary general assembly is obtained.

Pursuant to the new amendments, public shareholding companies are allowed to amend the main object of the company by an Extraordinary General Assembly resolution.

Other General Amendments:
According to the Amending Law, founders of public shareholding companies are allowed to subscribe to up to 70% of the company’s shares as opposed to the previous subscription percentage for founders, which was capped at 60%.

Under the Amending Law, it is prohibited for any affiliate of a public shareholding company to own shares in the said company.

Article 195 of the Amending Law excludes in-kind shareholders from the priority right to buy in new shares of the company.

Conclusion:
Pursuant to the Amending Law, the regulations of public shareholding companies has become more stringent as demonstrated through the additional disclosure obligations, the requirement for an audit committee for listed companies, and through the mandatory requirement to appoint independent directors. Furthermore, the Amending Law recognises the importance of modern technology by permitting its use for assembly meetings and voting. By introducing these changes Qatar has brought its Companies Law in line with international best practices.