* This article was published in the MENA Business Law Review #04/2019.

1. The State of Qatar
The State of Qatar is a civil law jurisdiction; however, it applies Islamic Sharia law to aspects of family. Generally, a major part of the civil and commercial codes of law are drawn from the Egyptian civil and commercial laws, which are derived from the French civil and commercial codes. The French civil and commercial codes are the basis of law for many Arab Countries, such as Egypt, Jordan, Iraq and Syria. Although Qatar is a civil law jurisdiction, its legislation relating to bankruptcy also adopts numerous principles established by common law and western systems. Historically, Qatar has seen few bankruptcies, although the number of bankruptcies before the local courts has increased in recent years. Given the stigma associated with bankruptcy in many cases the parties to a potential dispute made out-of-court arrangements to settle financial matters. Accordingly, the bankruptcy system in Qatar remains relatively untried.
A. Individuals
Qatar does not have a specific law governing bankruptcy, but rather addresses bankruptcy in numerous articles (606–846) of the Commercial Code. According to article 606 of the Commercial Code, in order for individuals to be declared bankrupt:


Bankruptcy may only be declared through a court judgment and there are no specialist courts that preside over bankruptcy proceedings. The process may be initiated by either the merchant, a creditor, or the court. According to article 611 of the Commercial Code, an application by a merchant to be declared bankrupt must be by way of a report submitted to the court, indicating the grounds for failure to pay. The report must be accompanied by the following documents:

B. Effects of Bankruptcy
Individuals who have been adjudged bankrupt may not vote, hold positions in the Shura or Central Municipal Councils or the Chamber of Commerce, nor may they be managers, directors, or members of the management board of companies. Furthermore, such individuals will also be prohibited from engaging in commercial activities, including export and import business or brokerage. Significantly, the receiver may prohibit individuals who are adjudged bankrupt from leaving the country.
The Commercial Code also addresses the issue of suspect payments prior to the adjudication of bankruptcy. According to article 620, the bankruptcy judgment issued by the court may designate a provisional date on which payments to creditors ceased; otherwise the relevant date will be the date of the judgment. The provisional date may not exceed a period of two years prior to the date of the bankruptcy judgment. Certain types of transactions conducted by the debtor during this period (i.e., from the date the payments ceased but prior to the adjudication of bankruptcy) may be annulled or clawed back.

C. Companies
The bankruptcy of corporate entities is addressed in Law No. 11/2015 (the “Commercial Companies Law”). According to the Commercial Companies Law, a company may be dissolved and subsequently liquidated for a variety of reasons, including its inability to pay its debts as they come due. The decision to dissolve a company varies depending on its structure but dissolution may be effected voluntarily (e.g., by agreement of the shareholders) or involuntarily (e.g., by court order). At dissolution, the company goes into liquidation, but its legal personality remains. In either case a liquidator is selected by the shareholders (voluntary liquidation) or by the court (involuntary liquidation). The voluntary liquidation process is determined by the Articles of Association, or as agreed between the shareholders/partners. If no such provision exists in the Articles, then the liquidation proceeds in accordance with article 307 of the Commercial Companies Law. According to article 307, the partners or the General Assembly of shareholders will appoint one or more liquidators by a simple majority. If the liquidation is by court order, or if the partners/shareholders are unable to agree the appointment and process for liquidation, then the court will determine the liquidation process and appoint the liquidator.

2. The QFC
The QFC is an “onshore” jurisdiction, meaning that while it has a separate set of commercial and corporate rules, companies and businesses established there are permitted to conduct business outside of the QFC and within the State pursuant to the QFC rules and regulations. Insolvency in the QFC is governed by the QFC Regulations, and much of the content found therein reflects common law insolvency principles from England. The QFC Regulations address administration, winding down, liquidation, and dissolution among other things. Administration aims to save the company as a going concern by restructuring and paying off its debts; if successful, the company continues to exist and do business. Liquidation, on the other hand, seeks to sell off the assets of the company prior to winding it down or dissolving it. Administration may be initiated——and an administrator appointed——by an order of the QFC Court (“Qatar International Court” or “QIC”), by a secured creditor, or by the company itself (or its directors). Any application for an administration order from the QIC must be accompanied by a witness statement stating the applicant’s belief that the company is, or is likely to become, unable to pay its debts and that putting the company into administration will either

Once the application is submitted, there is a hearing before the QIC pursuant to which it can either:
The QIC may also decide to treat the application as a winding-up petition. According to article 26 of the QFC Regulations during the period of:


If it resolves to wind up, then the company must cease carrying on business except where such business is beneficial to the winding-up. Furthermore, any share transfers not sanctioned by the liquidator will be void.
Conversely, an order for compulsory winding-up may be issued by the QIC if:

A few bankruptcy cases were brought to the Qatar International Court (also known as “the Civil and Commercial Court of QFC” since its establishment). The most famous case was the Silver Leaf case. In this case, the Qatar Financial Centre Authority (QFCA) applied for a winding up order against the company on the grounds that it was unable to meet its objectives and liabilities. The court has found that the inability of Silver Leaf to pay its debts formed an independent basis for a winding up order. The Court ordered the compulsory winding up of the company pursuant to articles 77(4) and 80 of the Insolvency Regulations.

Conclusion
The two jurisdictions deal very differently with bankruptcy. The QFC tends to be a more transparent jurisdiction with relevant case law readily available to the public. Furthermore, for many foreigners conducting business in Qatar, the QFC offers a more familiar business environment and adopts many common law principles regarding not only bankruptcy but also security and security registration. That being said, there are also ways to take security in the State—for example, through share pledges—that do not require a separate court order to enforce. 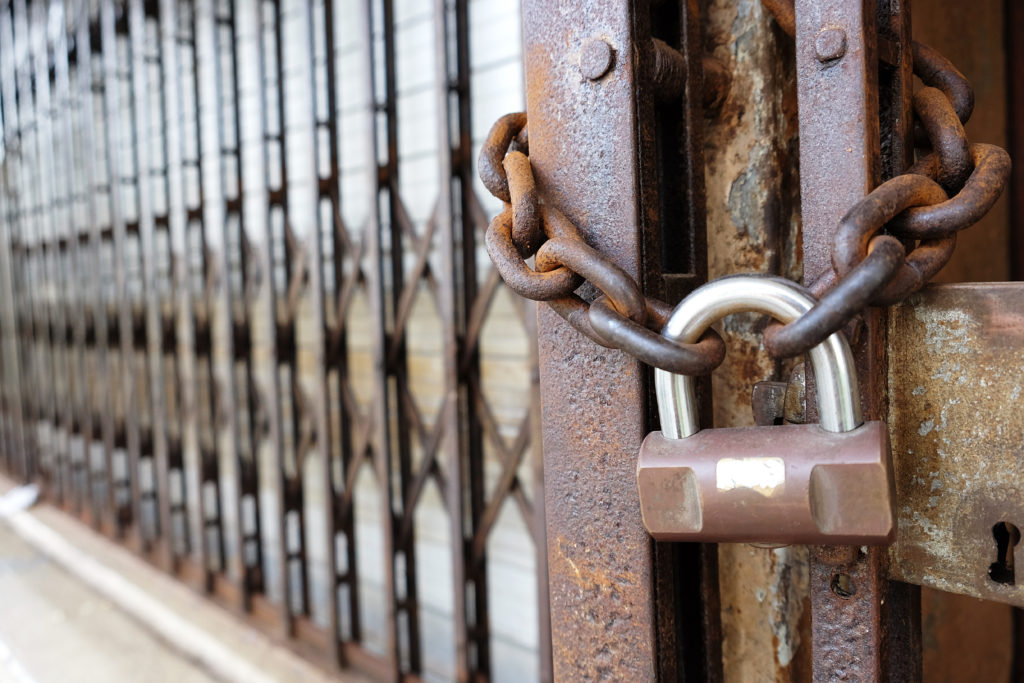